Feral animals cause huge economic losses to farmers across the world. In Australia, feral animals such as foxes and cats have driven many native species to extinction.

Traditional methods of trapping and baiting rely heavily on manual intervention. Setting up these controls and monitoring them every 12-18 hours in rough terrains increases cost overheads significantly. With our device, the manual efforts can be reduced significantly and increase the effectiveness of the controls with a focus on targeted species. Contact us to find out how you can participate in the trials of these solutions. 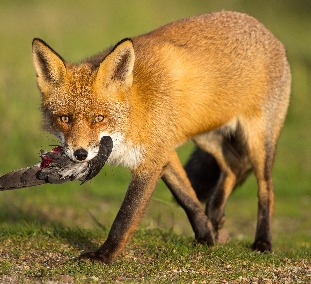 Australia's native plants and animals adapted to life on an isolated continent over millions of years. Since European settlement, they have had to compete with a range of introduced animals for habitat, food, and shelter. Some have also had to face new predators. These new pressures have also caused a major impact on our country's soil and waterways and on its native plants and animals.

In Australia, feral animals typically have few natural predators or fatal diseases and some have high reproductive rates. As a result, their populations have not naturally diminished and they can multiply rapidly if conditions are favorable.

Feral animals impact on native species by predation, competition for food and shelter, destroying habitat, and by spreading diseases. Feral animals are also potential carriers of other animal diseases(such as rabies and foot and mouth disease) and parasites (such as the screw worm fly). Feral cats and foxes hunt and kill native birds, mammals, reptiles, and insects. It is known that this behavior threatens the survival of many threatened species.

Feral animals may have a great impact on an ecosystem. They impact on the native species by predation, competition for resources such as water and food, and the destruction of habitat. A feral animal such as rabbits degrades vegetation which is a source of food and shelter for other native animals. Feral cats predate on birds and kill native mammals and other reptiles and insects thus threatening the existence and survival of the endangered species. Contact us to improve your feral animal and conservation control methods